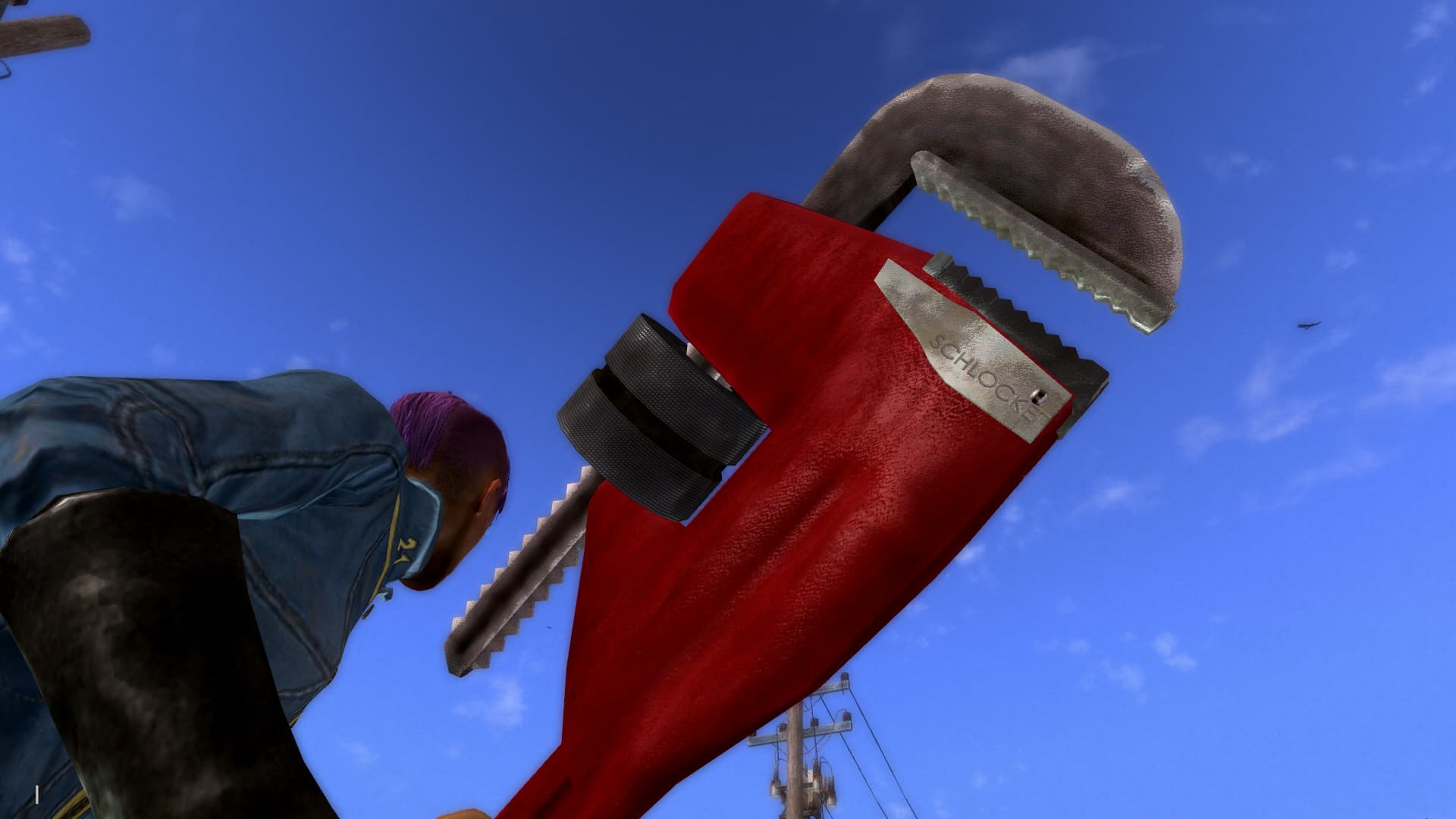 This mod adds some more improvised weaponry to the game. Hit a raider with pickaxe! Kill a deathclaw with a pipe wrench! Annoy a cazador by throwing a pool ball at it! Go Postal with a very special mailbox! Where is the mailbox? I don’t remember!!
Why did I make this? I really wanted a pipe wrench, and eventually broke down and made one in Blender; every time I see a pickaxe, I want to pick it up and hit something with it; I wanted a pipe wrench; how many pool cues can the Fiends really have at this point??? Did I mention I wanted a pipe wrench?

By default, the melee hammer, wrench, pickaxe, and frying pan may sometimes appear on Fiends/raiders and random wastelanders; the hammer, wrench, and pool balls are also considered holdout weapons. The items are added via script injection, no direct edits to leveled lists are made.

Weapons and clutter items are converted with recipes; all are available at workbenches and campfires. The recipes will only show up if you have the relevant item in your inventory, so they shouldn’t overwhelm the recipe section. Thrown items can be recovered; pool balls, hammers, wrenches, and kitchen knives will bounce off a target (or the landscape…or Chet’s store…), while a combat knife that has been been thrown can only be retrieved if you actually hit the target.

*Also included an optional file to replace the static hammer object with a higher rez version. 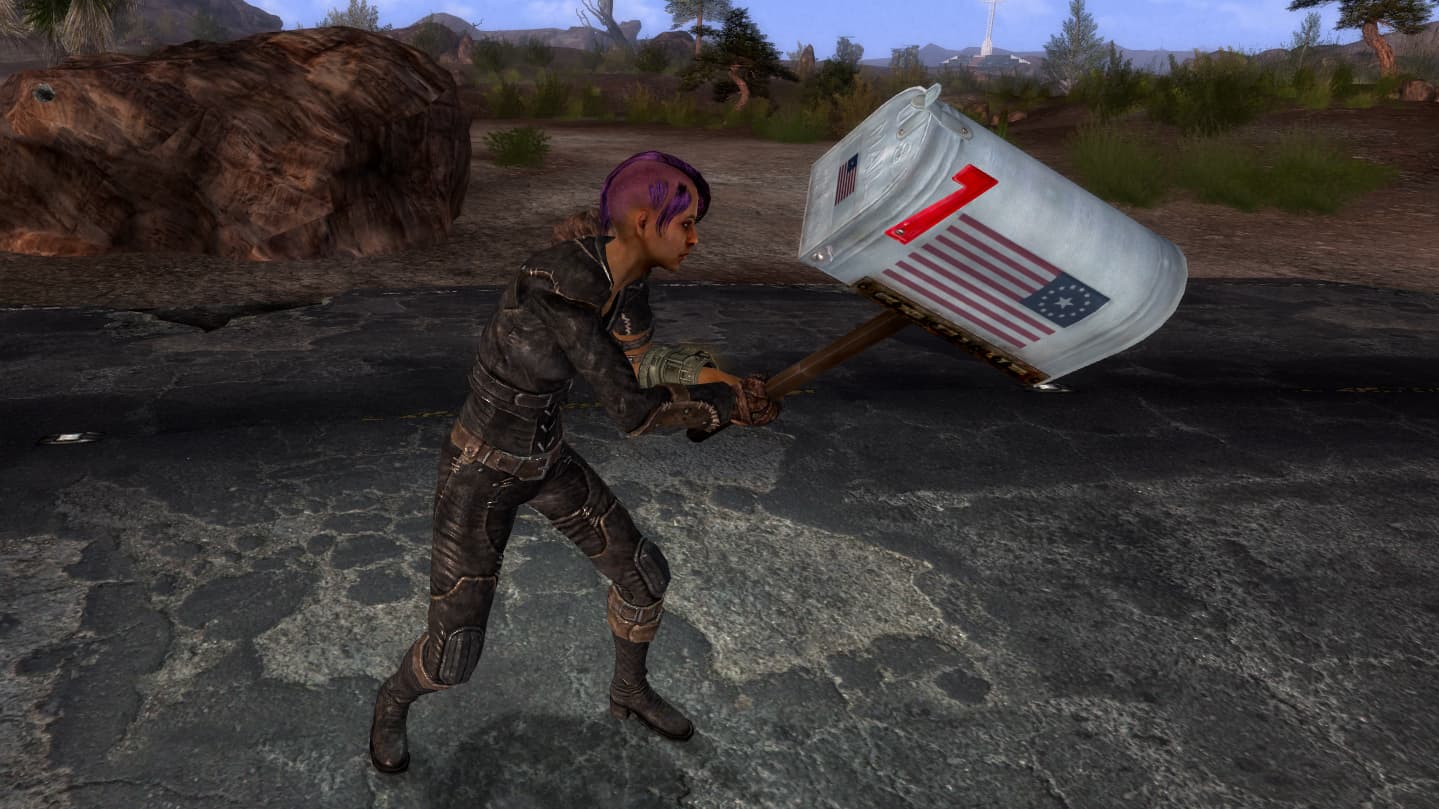 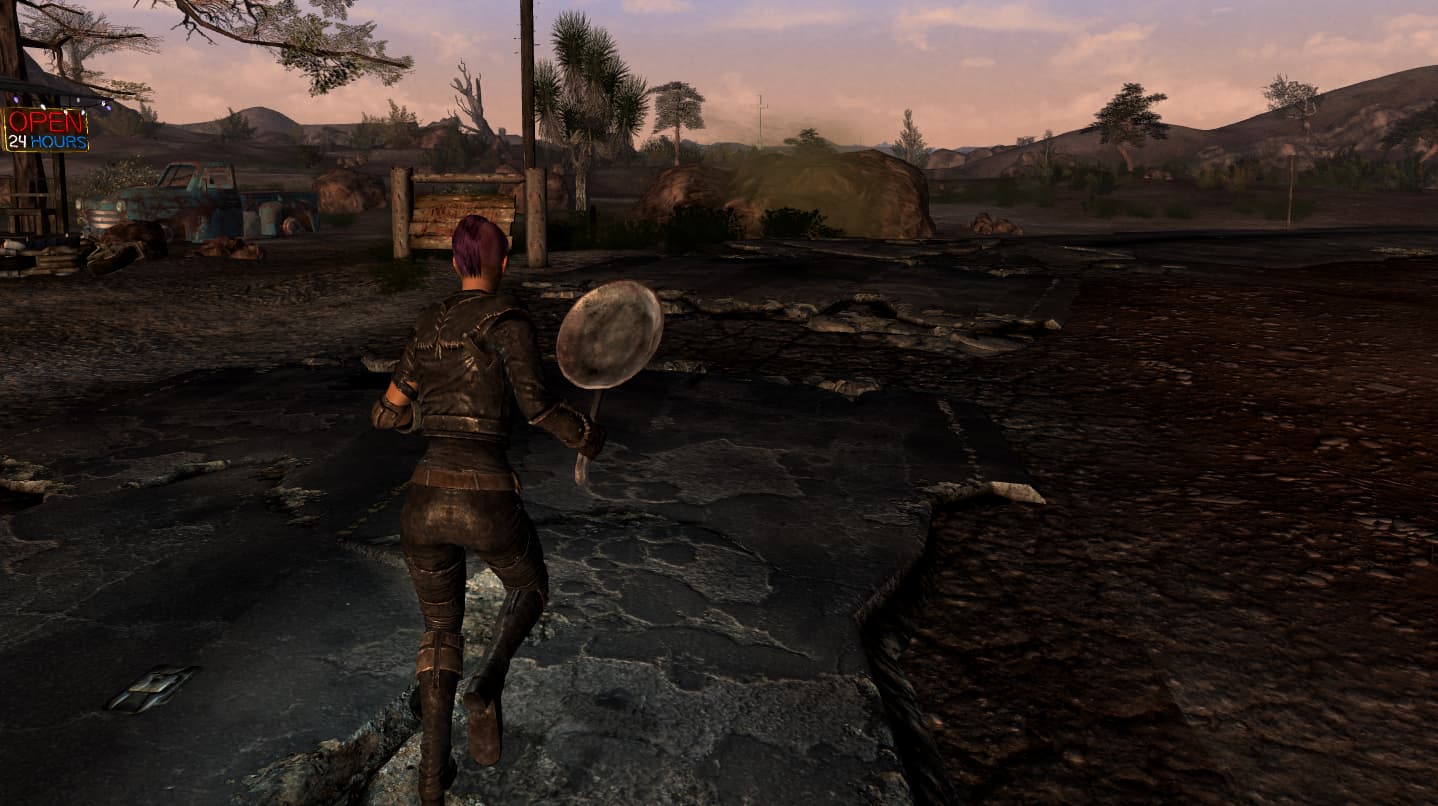 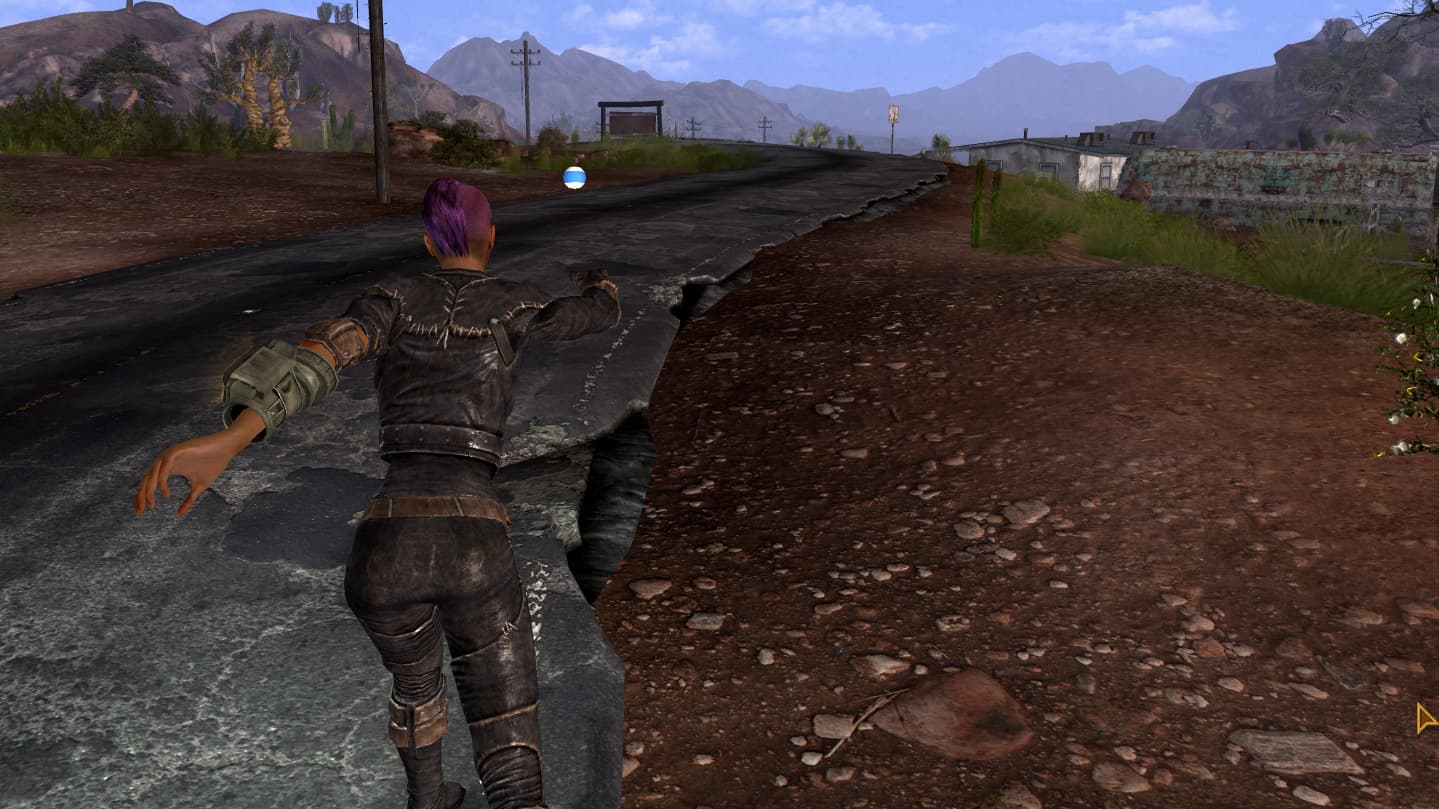