A TTW 3.x compatible build of my Raider PA mod, with DC spawns!

Why is every power armor in the game always so new and shiny looking? This mod adds armors based on the T-45, T-51, Enclave, and Tesla power armors, with some salvaged helmets to match. Full of spikes, rust, and scrap metal! They are added to the raider armor leveled lists, via script injection, and will appear more and more often as the player levels up.

This started as just a personal mod; I was looking at the cars in Cuba that have been kept running for decades after the embargo, and at Technicals (civilian vehicles retrofitted into pseudo tanks, mobile artillery, APCs, etc.) in modern conflicts. It made me wonder why no one in Fallout ever seemed to try and keep a suit of power armor running, even it was held together with baling wire and gecko leather. I wanted some visibly repaired power armor, but no such mod seemed to exist, so…I made a few. I decided to clean it up a bit and release it after getting feedback from a couple of friends that saw the early versions.

Currently, eleven (for TTW) different models have been added; three (3) T-45 variants, two (2) T-51 variants, three (3) Enclave (2 west coast, and for TTW 1 east coast), and three (3) Tesla (one west coast, and for TTW, one east coast with effects, one without). At low levels, it will mostly be the T-45 suits, in very poor condition; at higher levels, T-51, Enclave, and Tesla armors will begin to appear. The T-51 armors should be restricted to the Mojave, given the rarity of it in FO3. They will mostly appear on Fiends, and the Capital Wastelands raider gangs (The Pitt raider are not affected; Ashur remains the only person with PA there). The Enclave and Tesla APA/west coast armors should be fairly rare; not unique, but they shouldn’t be popping up all over the place either.

In the interest of balance (well, as balanced as something like this can be), the new armors will appear on, roughly, 1 in every 15-20 raiders, depending on player level and random chance. They are most likely to be encountered inside of, and near the entrance to, Vault 3, but will sometimes appear on Fiends further afield. In DC, they are more likely to be seen at major rider camps, like Evergreen Mills.

At 100 percent repaired, the armors have a decent DT, but never as high as the base armor they were made from. They all provide some boost to carrying capacity, and limited radiation resistance and/or an ability boost, but should still be ‘less’ than a fully repaired armor. Raiders wearing one are certainly more difficult, but not impossible (I have seen NCR troopers take down Fiends wearing these, near McCarran).

The T-45 variants are relatively weak, and are by far the most common; it was the most widely produced and distributed model after all. They are held together with bits of scrap metal, raider armor, and combat armor.
The T-51 variants are significantly better, but have definitely seen better days; patched together from metal armor, scrap, and a standard issue T-51.
The Enclave* suit is based on one of the earlier generation suits; since the NCR mostly wiped them out in the west, someone was bound, sooner or later, to try and get some of the broken tech working again. A rusted Enclave standard third generation advanced power armor, rigged back together with metal armor, raider armor, and scrap metal.
Now in East coast and West coast versions! The Vegas Enclave APA suits are a 1st gen armor (like the Remnants wear), but visibly repaired. The east coast style is now only spawning in DC in the TTW version, and should no longer appear on Vegas spawns at all.
The Tesla* suits also come in East and West coast versions; Vegas will spawn the west coast/APA version; if using the TTW version, east coast will spawn in D.C.

Compatible with Project Nevada - Enhanced Vision, no patch needed for the stand-alone version. 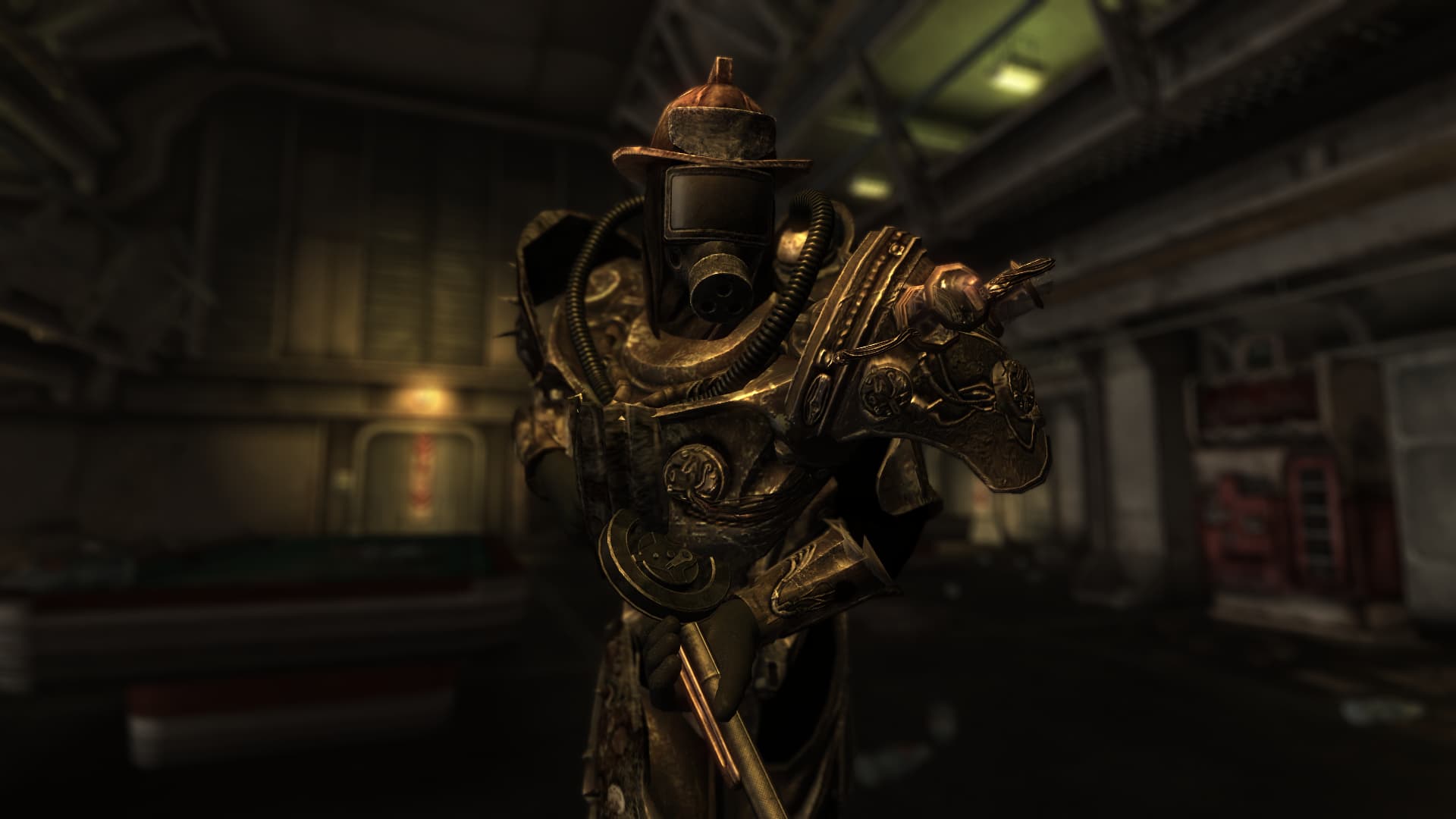 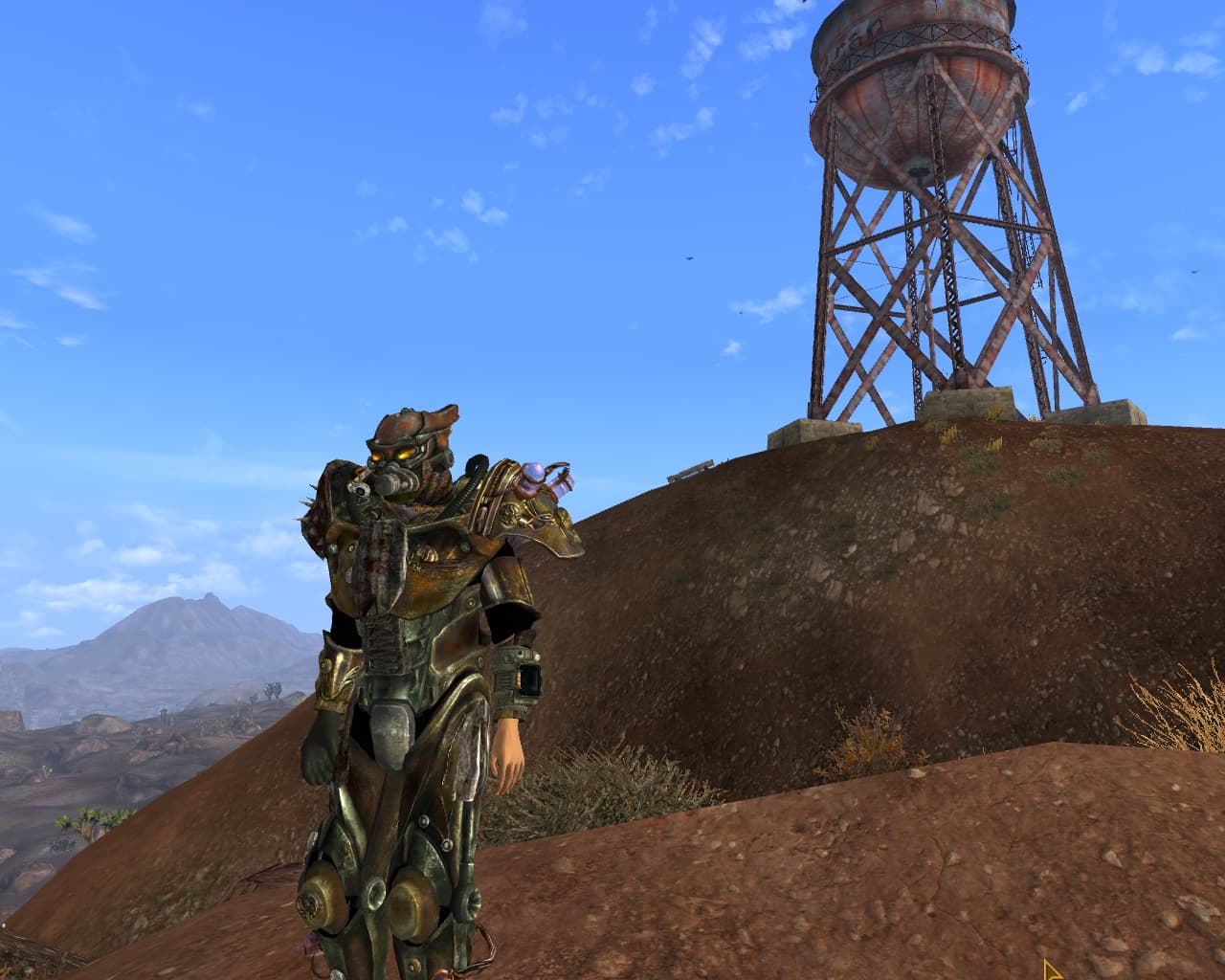 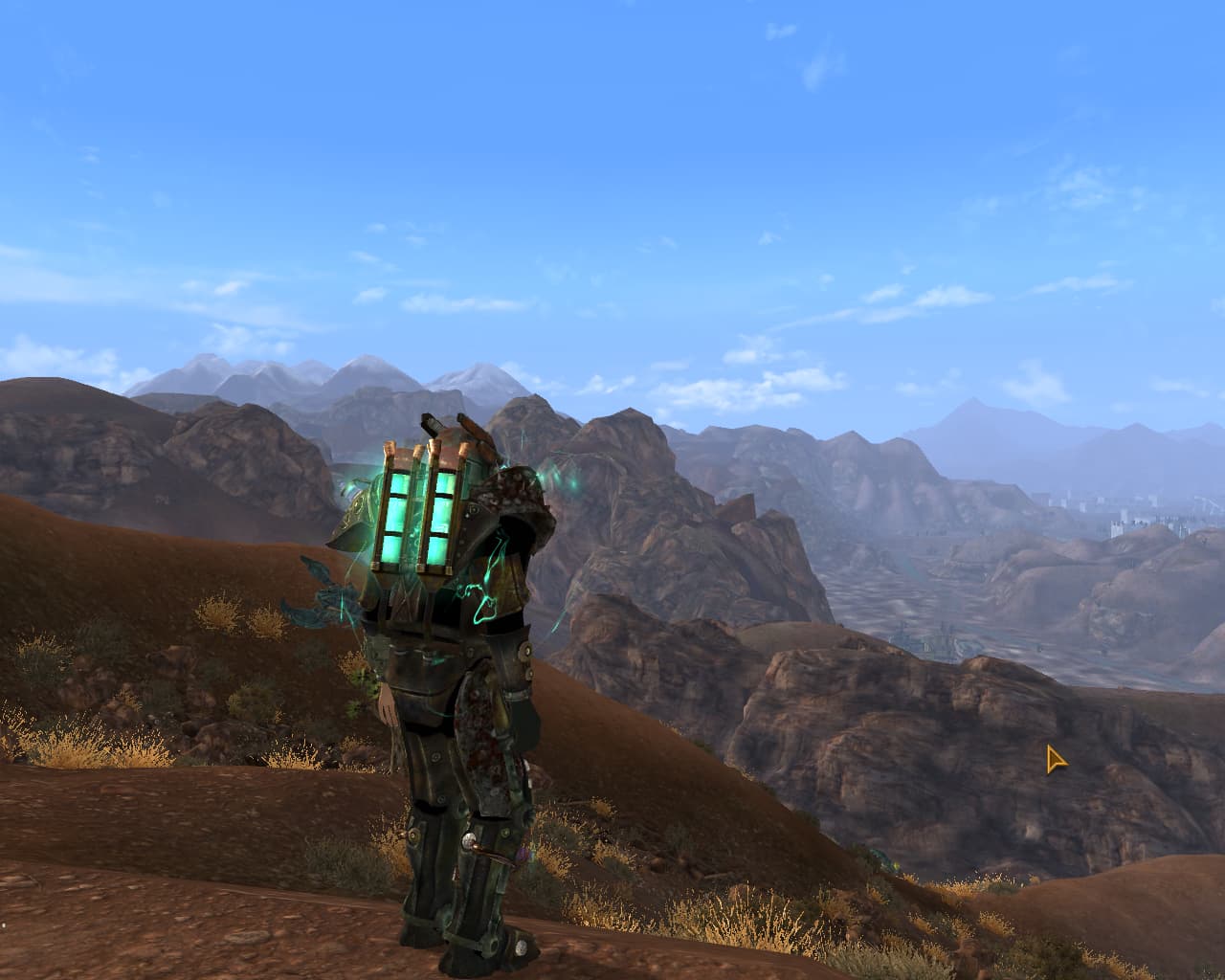 Tested on TTW 3.0 and 3.2.2. Should be compatible with 3.3 when released.
Hellfire armor coming at some point.

This mod may not, in whole or in part, be reuploaded to any site other than ModsInExile without express permission.

Very cool, thanks for the mod!

I have not tested this with TTW 3.3 yet; there shouldn’t be any issues, but if you do find one, let me know.